The Elite Athlete Support Programme at the Institute of Technology Carlow is designed specifically for students who wish to compete and succeed at the highest sporting level while studying. The programme supports high calibre athletes striving for sporting success, while providing the opportunity to reach their maximum potential both in their academic careers. 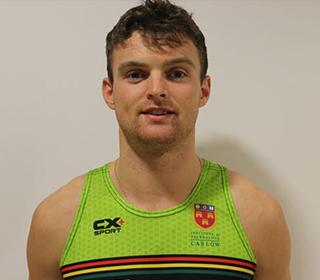 Course: Master of Science in Strength and Conditioning
An Irish 100m Record Holder at Youth, Junior, and at U23 level, Marcus is one of the fastest men in Ireland, and the 3rd fastest man in the history of Irish Athletics at both 100m and 200m after running 100m in a time of 10.3 secs and 200m at a time of 20.4 in July last year. Marcus represented IT Carlow and Ireland at the World University Games in Taipei in 2017. On top of all this Marcus holds numerous indoor and outdoor university records. 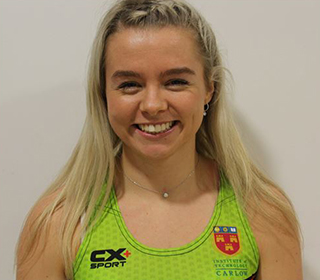 Course: Honours Bachelor of Law
2018 was a huge year for Molly, with her most notable achievement winning a Silver medal in 4x100m Relay at World U20 Championships in Finland. Molly who is a member of the SLOT Athletics Club in Carlow was also successful in individual events in 2018 as she took home gold at the outdoor Varsities for 100m hurdles while she took home silver at the indoor 60m varsities. On top of all this Molly reached the semi-finals of the World junior 100m hurdles 2018 and she recorded silver medals in the UK in 100m and 60m hurdles at the U20 English championships. 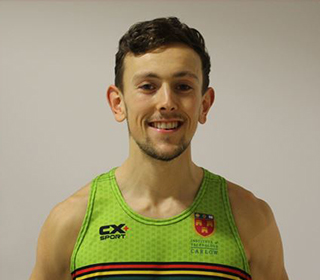 Course: Bachelor of Science (Honours) Sports Rehabilitation and Athletic Therapy
In July 2017, the Irish U20 Athletes team had a very successful European Junior Championships picking up a gold and 2 bronze medals. A major contributor to this success was IT Carlow student John Fitzsimmons who secured a Bronze medal in the 800m against the odds following an injury during the season. John who was 800m National Junior champion has stepped up to senior athletics and continued to thrive and medalled in 800m in both the National Senior Indoor and Outdoors championships in 2018 as well as securing a colleges intervasity gold medal in the 1500m indoors and a bronze medal in the 800m outdoor intervarsity 2019. 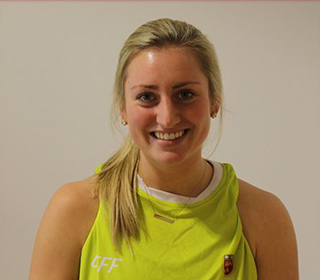 Course: Master of Science in Strength & Conditioning
Courtney came to IT Carlow from Stonehill University USA. She was Captain of her university team in her final year as Stonehill University made it to NCAA Women's Division 2 Tournament Final. Courtney has over 1000 career points for Stonehill and has the 2nd most 3 pointers made in Stonehill Women's Basketball history. Since arriving in Carlow Courtney has played on our Women's Super League Squad and is the Top Scorer in the Women's Super League averaging 21.2 points per game so far this season. 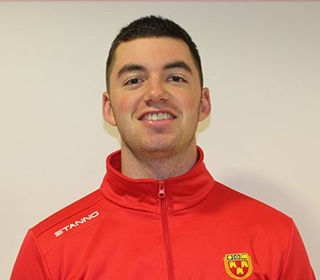 Course: Masters of Business
Johnny joins us at the Institute of Technology Carlow as part of the Sport Changes Lives programme. From Amherst College USA, Johnny was a leading contributor to his team in the states as they reached the Final 4 in the NCAA Division 3. He scored 1396 career points and had 785 career rebounds. Since Johnny arrived in IT Carlow he has been a standout performer in the Men's National League Div.1 averaging a double numbers in scoring and rebounding and won a 1st Team All Star for his performances with I.T Carlow during the Men’s National League. 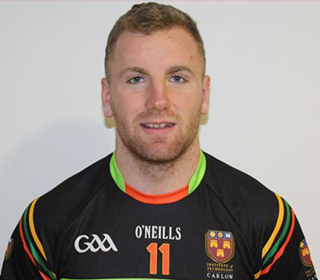 Course: Masters of Business
From the Famous Castlehaven Club in Cork, Michael is a former Cork minor and played for Cork at u21 level for three years. In 2016 Michael won a Munster u21 title, before losing out to Mayo in a pulsating final after he put in a man of the match display in the semi-final and went on to be awarded the Munster u21 football of the year award. Michael’s performances saw him get a call up to the Cork Senior Football squad and he has been involved ever since winning a McGrath Cup in 2018. Michael is a very promising player for IT Carlow Sigerson team, which resulted in Michael receiving Football of The Year for 2018/2019. 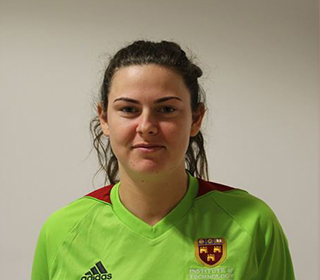 Course: Bachelor of Arts Sport Coaching & Business Management (Soccer)
Republic of Ireland Goalkeeper, Amanda plays her club football in goal for Shelbourne in the Womens National League. Amanda’s talent was recognised from a young age and she was called into the Irish U17 squad in 2015. She also played regularly for the Irish U19s and was nominated for the FAI U19 player of the year award. In 2016 Amanda won the FAI Cup with Shelbourne and since then she has gone on to be capped by the Irish Senior Women’s Squad. 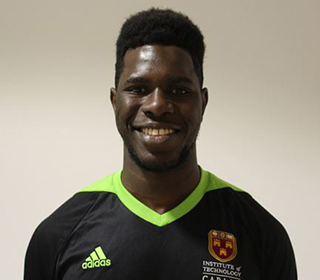 Course: Bachelor of Arts Sport Coaching & Business Management (Soccer)
Tomiwa has over 25 Caps for the Irish Cerebral Palsy team. From Dundalk in County Louth, Tomiwa was a member of the last Irish squad to compete at the World Championships where they finished a very commendable 5th in September 2017 however, his biggest achievement to date has been representing Ireland at the Paralympic Games in Rio De Jenario in September 2016. 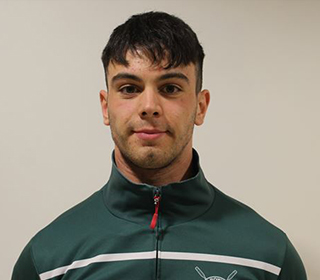 Course: Bachelor of Engineering (Honours) Mechanical Engineering
Nineteen year old John (Jack) Keating is an Irish Rower from County Carlow. Jack is ranked as the number one U23 rower in Ireland. In 2018 Jack finished in 14th place at the junior world rowing championships and also finished in the top 10 at the U19 European championships 2017 (while under 17). Jacks target for 2019 is to place in the top 6 in the u23 world championships, and hopefully achieve qualification for the 2020 Olympics in Toyko.