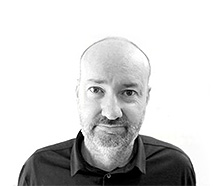 Oliver Comerfords research outputs include many solo exhibitions and group exhibitions of national and international standing. In 2010, a survey exhibition of his work covering two decades was exhibited at the RHA Gallagher Gallery, Dublin accompanied by a major publication with essays by Fintan O'Toole, Declan Long and Patrick T. Murphy.

His research is engaged with place and the changing nature of place and ways of representing this in contemporary art.  It addresses the interface between the local and the global and social and environmental change. Its enquiry is built through the relationship between painting, photography and film and comments on our contemporary relationship with our environment. He is a featured artist in the 2015 five volume Art and Architecture of Ireland published by the Royal Irish Academy and Yale University Press acknowledging his contribution to Irish art. His work has been purchased for public collections including Irish Museum of Modern Art, Dublin City Gallery, The Hugh Lane, Arts Council of Ireland, government departments and major international collections. His work has been included in exhibitions at the Irish Museum of Modern Art, Dublin City Gallery The Hugh Lane, the Crawford Gallery, Cork, the Barbican Gallery, London, Ormeau Baths Gallery, Belfast, Gallery of Modern Art, Glasgow, and the Living Art Museum Reykjavik.

When time began to rant and rage: Figurative painting from 20th century Ireland, James Christen Stewart, 1998, Merrell Publishers. His work has been cited in PhD History of Art, Trinity College, Dublin, BA Theses at National College of Art and Design and MA Research at IADT, Dun Laoghaire. His work has been reviewed on television and radio, in journals and print media, including 'The View' RTÉ1, Circa, Flash Art, Irish Arts Review, the Irish Times, Sunday Times, and Sunday Tribune.

'Looking at the Spaces behind the Town,' Aidan Dunne, Irish Times, 12 April 2002

'Getting to the Point,' Marianne Hartigan, Sunday Tribune, 14 April 2002

In Transit, essay by Catherine Marshall, Senior Curator of the Collection, Irish Museum of Modern Art, 1998

Out Of Here, essay by Fintan O'Toole, Journalist and Arts Correspondent, The Irish Times, 1996

'Worlds Where Even A Chair Can Tell A Story,' Aidan Dunne, Sunday Tribune, June 1991

Fine Art: the subject of Place, the changing nature of place, the interface between the local and the global, social and environmental change, the representation of psychological space represented through painting, photography & video.