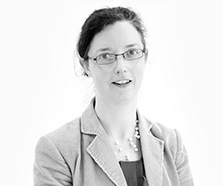 Dr. Burke has engaged in lecturing duties at Trinity College Dublin and at SETU Carlow.  Since joining SETU Carlow in 2001 she has lectured in the Department of Business and the Department of Sport, Media and Marketing in the following discipline areas: Managerial Economics, Sports Economics, Macroeconomics, Microeconomics, International Business, Management, and Business Research Methods. In addition she has engaged in new programme development at levels 8 and 9, class tutoring, membership of Academic Council, Secretary to the Programme Planning and Validation Committee of Academic Council, Programme Board Secretary and membership of the School Postgraduate Research Programme Board.  Dr. Burke has supervised student dissertations at undergraduate and postgraduate levels in the School of Business and Humanities.  She was a member of the Supply Chain Research Group in IT Carlow and a member of the Economic Transition Research Group in TCD.  Current research interests include labour market dynamics, vertical gender segregation, regional economic policy, the internationalisation of Irish SMEs and measuring competitive balance in sports.

‘An Investigation of the Causes of Gender Balance at Decision Making Levels in Irish and Foreign Owned Businesses in Ireland and the extent to which these causes are reinforced by existing policies and business culture’.

‘An Examination of Supply Chain Vulnerability in the Irish Aeronautics Industry’.

Areas of interest as a supervisor include