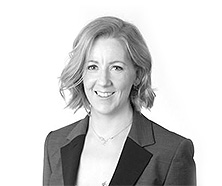 Dr. Elaine A. Byrne BL is an Associate Lecturer in Law at the Lifelong Learning Programme.

Dr Byrne is a graduate of the University of Limerick and King’s Inns and is a barrister practising in the area of general civil law. She is a columnist with the Sunday Business Post ans also has worked as a governance consultant for the European Commission, United Nations Anti-Corruption Unit, World Bank, and Transparency International.

Were Tribunals Worth it? Institutions and Ireland: Law Punishment and Accountability, Trinity College Dublin, June 2016.

Irish Senate 1922-1928 and the Establishment of the Judiciary, The Irish Studies Association of Australia and New Zealand (ISAANZ), UNSW, December 2013.

The Future State of Ireland, Goldsmiths University of London, 2012.

Department of Public Expenditure and Reform (2012) on regulating lobbying: http://per.gov.ie/wp-content/uploads/Dr-Elaine-Byrne-Adj-Prof-Trinity.pdf

Council of Europe Group of States against Corruption (GRECO) ‘Corruption prevention in respect of members of parliament, judges and prosecutors’, Training Workshop for GRECO evaluators and the secretariat for the Fourth Evaluation Round, Andorra, 2011.

“We the Citizens” –  Consultant and Academic Advisor

Secured €250,000 from Atlantic Philanthropies to co-initiate and co-develop a national participatory democracy project which proved through evidence-based polling that the citizens' assembly model of democratic engagement works. See: www.wethecitizens.ie Our model was the template for the Constitutional Conventions established by the Irish Government in 2012 and 2016. The Convention’s proposal for same-sex marriage was successfully passed through a referendum in 2015.

Appointed by the Taoiseach Enda Kenny to the Seanad Working Group on Reform. Our innovative recommendations on emigrant voting and institutional reconfiguration secured the support of all the political parties in 2015. Report: https://www.taoiseach.gov.ie/eng/News/Government_Press_Releases/Working_group_on_Seanad_Reform_.html