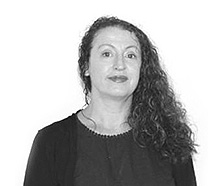 Dr. Ryan's research is in the area of art,  visual culture and   comparative research in  film; She conducts her  research through an interdisciplinary, collaborative  and practice based  model  and has presented outcomes from  this research  in different formats including written research,  conference presentations, creative writing, curating of  exhibitions/screenings and  her art practice which has been exhibited nationally and internationally.  Her research has been funded by  the Fulbright Commission, The Irish Research Council, The British Council, The Arts Council, Culture Ireland, JM Kaplan Fund, New York, The Carlow Arts Office and Art Links.

Currently Dr. Ryan's research includes modernity and modernization, history and memory and  their relationship to art,  photography and film; The representation  of women's involvement in 1916; comparative approaches to the study of film and moving image installations. Her current  art research practice is engaged with  the early 20th century and  19th century in Ireland.

Connolly, M., Ryan, O.(eds) (2000) The Glass Eye.  This publication is an interdisciplinary publication including art  work specifically made for book format, critical  texts and essays by artists on their art practice, Project Press, Dublin.

Ryan, O. & Hand, B. (2015) 'Entre Chien et Loup – extract of performance text' in Between a Dog and a Wolf   ed. Sarah Brown, publication part of the  CCA’s Our Neighbourhood , a participatory public project led by Sarah Browne, Derry.

Ryan, O. (2000) 'Teratology and the Televisual in Manhunter', in The Glass Eye (eds) Maeve Connolly and Orla Ryan, The Project Press, Dublin.

'Commemoration  and Reverse Engineering – a case study on the invention of the Irish Wolfhound with Brian Hand', Object Matters: Making Memory: Material and Visual Culture of Commemoration in Ireland, National Gallery of Ireland, Dublin, Oct, 2016.

'Women and Conflict',  Panel presentation with Huong Ngo, Brian Hand and Alanna O’Kelly, The  Vietnamese Women’s Museum, Hanoi Vietnam, May 2016. This was part of the Official Centenary Programme of The Irish Embassy of Vietnam and was opened by the Irish Ambassador Cáit Moran.

In conversation with  film maker Clare Langan on the making of The Floating World and Langan’s practice, with a recital by poet Kerry Hardy, April 2015,Visual, Carlow in partnership with Poetry Ireland.

Curator’s talk on Trinh T. Minh-ha’s film practice at the opening of her exhibition at the Void Gallery, Sept 2008, Derry.

Talk given with Maeve Connolly  to the Communications  Research  Seminar on The Glass Eye  publication and TV Project, a collaborative   art project with Valerie Connor and Maeve Connolly, March 2002, Dublin City University.

'Modernization and the aesthetics of disenchanted romanticism in Irish Film'. Irish Film   Centre. Paper given to the Trinity Summer School, July 2001.Invited by Prof. Luke Gibbons.

Artist talk with Brian Hand on the Fire Dept. As part of the Nomads and Residents series of talks Art Resource Tranfer, Chelsea, April 2000 New York.

Artist Talk given to the Arts Administration Program School of the Art Institute of Chicago, April 2000.Invited by Dr. Greg Sholette.

Artist Talk with Brian Hand and Rose Thomas on the 'Fire Dept'. a collaborative  art  project exhibited in the CCA as part of If I ruled The World , May 2000,  CCA Gallery, Glasgow.

Since 2005, Dr. Ryan has supervised art undergraduate theses in the areas of art, film and visual culture in her role as lecturer in the Wexford Campus. Dr. Ryan also supervised MA film studies theses in DCU during her time there.