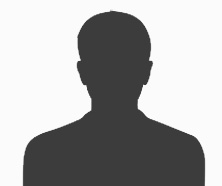 
Dr Mark Wylie is a BEng graduate in Mechanical Engineering from Dublin Institute of Technology (DIT, 2008). In 2012, he was awarded his PhD in Biomedical Engineering from DIT for his research in the area of ultrasonic angioplasty, characterising soft tissue ablation using ultrasonically vibrating waveguides. Dr Wylie is also a postgraduate student from the International Space University (ISU, SSP Barcelona 2008) and has been working in the aerospace industry as a Mechanical Space Systems Engineer since 2012, designing and qualifying rugged Data Acquisition (DAq) systems on-board manned and un-manned spacecraft, including the International Space Station (ISS). He is currently a full-time lecturer and researcher with the Aerospace, Mechanical and Electronics Engineering (AME) Department within the School of Engineering at SETU Carlow. He is a member of the SETU Carlow Engineering Centre of Research and Enterprise (engCORE) team.