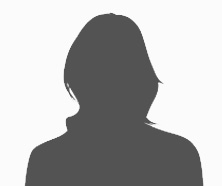 Dr Eleanor O'Leary is Assistant Lecturer in Media and Communications at the Institute of Technology, Carlow.  She is the author of Youth and Popular Culture in 1950s Ireland (Bloomsbury, 2018). Other recent publications include 'Emigration, return migration and surprise homecomings' (Irish Studies Review, 2016) co-written with Prof Diane Negra (UCD).  Dr O'Leary is currently completing a research project in conjunction with Prof Diane Negra (UCD) and Dr Anthony McIntyre (UCD) funded by the Broadcasting Authority of Ireland on the topic of broadcasting Irish emigration in an era of global mobility.

MacIntyre, A., Negra, D and O’Leary, E, “Broadcasting Irish Emigration in an Era of Global Mobility”, European Journal of Popular Culture, (To be published summer 2018)

‘Teenagers and the Cinema in 1950s Ireland’, Irish Film Institute Afternoon Talk. May 2014

‘The “hypercomplexity” of representing social spaces in media research’, Beyond mediacentricity: Media Studies and Social Theory, DCU/NUIM Centre for the Study of Media, Power and the Public Doctoral Seminar. February 2013

‘Teenagers and the Cinema in 1950s Ireland’, Irish Film Institute Afternoon Talk, May 2014

Areas of interest as a supervisor include