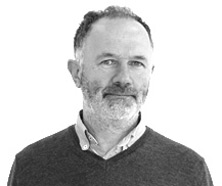 Jer Keohane’s research interests are broadly related to the hydrological cycle and encompass surface water and groundwater from source development, through treatment, rehabilitation and wastewater treatment.

His career began at WRc the Water Research Centre in Medmenham, England, where he worked on large scale water related research projects.

In the geotechnical field, he was involved in the development of a seismic cone for the in-situ measurement of shear wave velocities in soils, whilst working with Fugro a Dutch Geotechnical company.

He ran an EU funded STRIDE project in 1993, which was one of the first projects to use GIS in the development of a National Groundwater Monitoring Network for the South East of Ireland.

He was also employed by the EPA to draft the first guidance manuals on the design of landfills and was part of a team that developed a priority risk assessment model for landfills in Estonia, which was an EU funded  research project to assist in the prioritisation of remedial works on legacy landfills.

Since 1996, he has been involved in the development of the ICW concept of integrated Constructed Wetlands, which is an Irish form of constructed wetlands, that is now well received internationally. He was one of the authors of the construction guidance document produced by the Department of Environment.

Other research interests include:

He is supervisor on an IT Carlow doctorate project looking at the spatial extent of Lithium in groundwater and surface water. The reason lithium is chosen is that there are known spodumene (Lithium) ore deposits around Mount Leinster, and they are currently the focus of mineral prospecting. A secondary value is the positive linkage between Lithium and mental health.

He is currently involved with a project in the Institute which is looking to recreate the ICW concept in a swale, to treat run-off from roads and farm land before entering a watercourse. The project is also considering the benefits of bio-enhancement by introducing beneficial natural bacteria to enhance the efficacy of treatment. This fits with the development of the SUD’s approach to urban drainage which is another research interest.

Proposal currently being considered; Development of a CFD application tool to effect optimisation of Solids Separation in the Water and Wastewater Industry