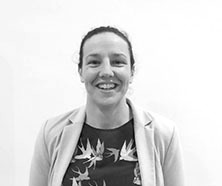 Presented in oral session at the American College of Sports Medicine Annual Conference, Seattle 2009 and also at the Annual International Society of Biomechanics in Sports, Limerick 2009.

Warrington, G.; Dolan, E.; McGoldrick, A.; May, G.; Fitzpatrick, P.; Healy, A. (2010). An Analysis of the Effects of Acute Weight Loss on Physiological Function in Elite Jockeys. Medicine and Science in Sports and Exercise. 42(5).

May, G.; Dolan, E.; Fitzpatrick, P.; Warrington, G. (2010). Physiological, Haematological and Performance Characteristics of Ultra-endurance Cyclists Competing in the Inaugural Race Around Ireland. Medicine and Science in Sports and Exercise. 42(5).

Fitzpatrick, P.; Dolan, E.; May, G.; Warrington, G. (2009). The Effects of Various Recovery Strategies on Recovery from Exercise and Subsequent Performance. Medicine and Science in Sports and Exercise. 41(5).

May, G.; Dolan, E.; Fitzpatrick, P.; Warrington, G. (2009). A Comparison Of The Physiological Demands Of Two Commercially Available Cycle Ergometers In Trained Cyclists. Medicine and Science in Sports and Exercise. 41(5).

Fitzpatrick, P.; Warrington, G. The Effects of Various Recovery Strategies on Recovery from Exercise and Subsequent Performance. In review: Journal of Sport Sciences.

Areas of Interest as a Supervisor Include

Having identified a niche in the market for commercial sport science support for the amateur athlete, I founded Strive Sport Science in 2012. In 2013, ahead of over 1500 other entrepreneurs, Strive was awarded an Enterprise Ireland Entrepreneur Development Scholarship, a 6 month intensive, funded business programme. Since 2012, Strive has amassed a fast-growing athlete client base of both teams and individuals participating in a wide range of sports at varying levels from amateur to elite. In addition to physiological assessment, Strive also conducted commercial research projects for sports product companies. This involved consultation with product designers, coaches and athletes, research study design, data collection, statistical analysis, interpretation and report writing. Through this work I collaborated and was commissioned to work with the Olympic Council of Ireland, Paralympics Ireland, several commercial companies including Statsports and Elivar Sports Drinks among others.


I have also established links with the Irish Rugby Football Union and am involved in a research project with them.

I am also one of two Level 3 International Society for Anthropometry and Kinathrompoemtry (ISAK) qualified anthropometrists in Ireland and provided educational training in this area around Ireland.