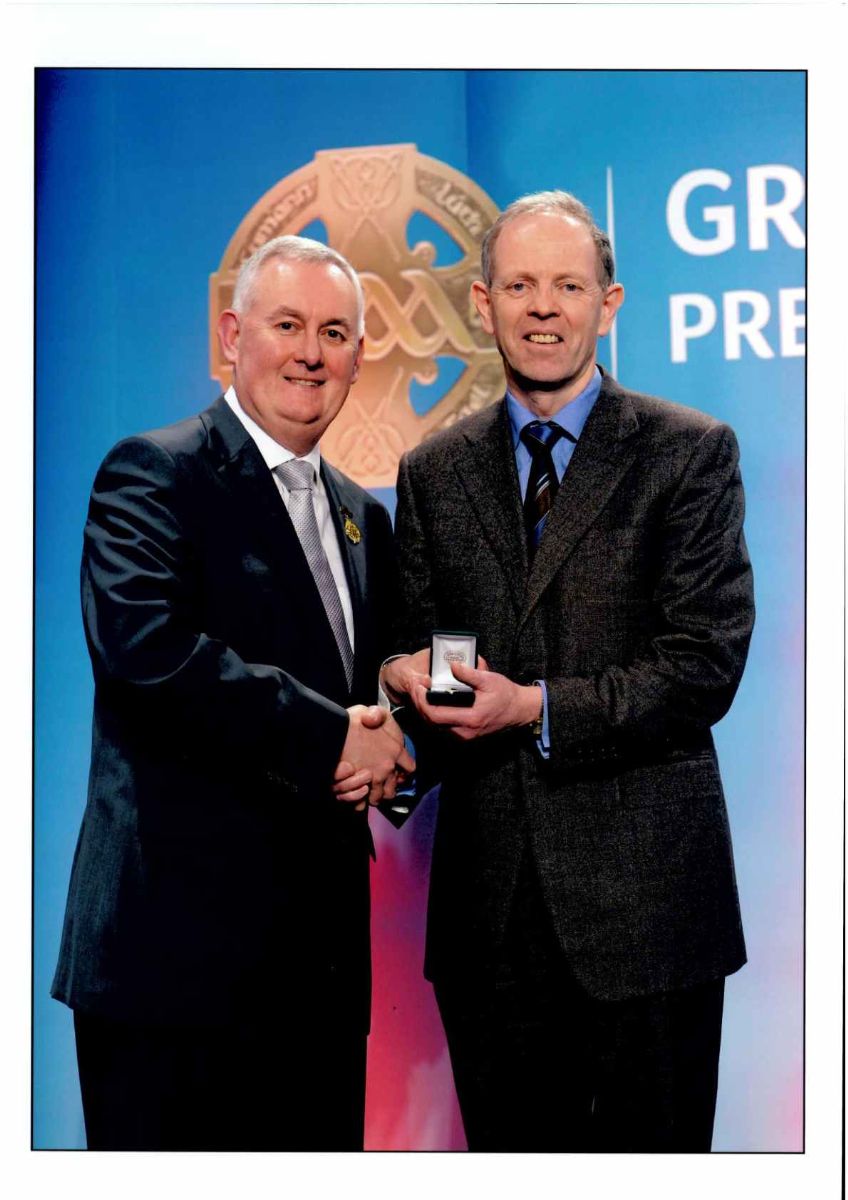 Martin Meagher, Head of the Department of Business at IT Carlow, was the proud recipient the Gradaim an Uachtaráin 2012 / 2012 President’s Award at a special Croke Park ceremony held on March 16th.

The annual winners are honoured as long standing GAA volunteers who have served the Association with distinction over a prolonged period.

The recipients who have been chosen by Uachtarán Chumann Lúthchleas Gael Criostóir Ó Cuana have been drawn from across all strands of the Association and represent all codes and disciplines from the wider GAA family.

Martin was honoured with the award for services to Third level GAA.

Speaking at the ceremony, the GAA President Christy Cooney, paid tribute to those honoured in this year’s scheme “The GAA President’s Awards are made annually to honour excellence through volunteerism across the wide spectrum of Gaelic games “

Martin’s first involvement in third level GAA came as a student during his time in UCD. As a staff member at Carlow IT, he was a driving force behind the development of GAA in the Institute. He managed the hurling team over a number of years winning two Ryan Cups, 1991 & 1993, and two Division II titles, 1991 & 2001. He was involved in the appointment of the first GAA Games Administration Officer. As Head of Department of Business he was instrumental in the development of the BA in Sport & Exercise -  GAA.

Martin has also been involved in third level games at provincial and national level. He was the first Chairman of Leinster Third Level GAA.  Over a twenty year period he has held various offices with Comhairle Ardoideachais, the National Third Level GAA executive. He was Chairman of the executive from 2002-2005 and subsequently represented Third Level on the Central Council of the GAA, 2006 -2010.  He continues his involvement through various committees including the Leinster GAA Bursaries Awards.