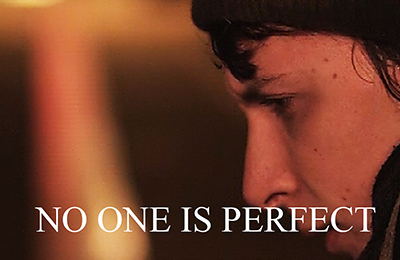 An IT Carlow TV and Media graduate’s short film about a young autistic man struggling to find employment has taken the Grand Jury Award for Best Student Film at this month’s New York International Film Awards.

Joseph Fuller, who lives near Gorey, Co. Wexford, graduated from IT Carlow in 2019 with a Bachelor of Science in TV and Media Production. He submitted his fourth year graduate film, No One Is Perfect, to the New York Film Awards where it won the Grand Jury Award for Best Student Film.

And in a triple celebration, the Best Young Actor award went to Jordan McGuinness, a young Mayo actor who played the lead character, Albert Burton, in Joseph’s movie that deals with discrimination in the workplace, while the film’s score, composed by musician Iordanis Sidiropoulos, was shortlisted for Best Original Score.

No One Is Perfect is deeply personal to Joseph, who is autistic. The 30-minute movie, which was originally called I See Autism, is about a young autistic man, Albert Burton, who applies for a job at a marketing firm. After his application is unsuccessful, he subsequently become homeless and dies of hypothermia. The manager of the firm that rejected Albert subsequently regrets her discriminatory ways and the film reveals the full consequences of her actions.

“No One Is Perfect is very personal to me. I have struggled to find employment myself as an autistic man. People often fail to realise that autism comes in different varieties and degrees and autistic people often find it difficult to find full-time employment because of the discrimination that exists in the workplace”, commented Joseph Fuller.

Joseph, who is currently employed by a delivery company, would love to work full-time in the film industry.

“At IT Carlow, the course was very hands-on, with a small class, and I enjoyed my degree course. I made friends and I am very grateful to my 4th Year supervisor, Marcus Lehnen, who guided and nurtured this project with me and shared his knowledge. I’d also like to thank the crew, which included fellow graduates of my course: Melissa Dormer-Lewis, Newaf Almadhani and Maitha Al”, said Mr. Fuller.
"Joseph is a graduate of the IT Carlow, BSc in TV and Media production course and we are delighted to hear of his success at the New York International Film Festival. It's richly deserved as Joseph is a talented filmmaker and great to see his talent being recognised on an international stage”, said Paula Mulroe, who lectures in TV and Media Production at IT Carlow.
Tweet Follow @setuireland