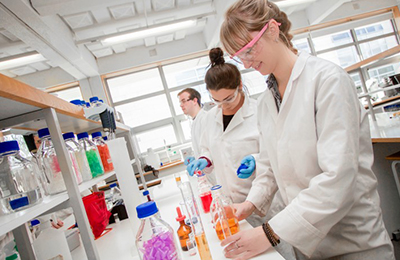 Institute of Technology Carlow is to host the National Eurachem Analytical Measurement Competition (EAMC 2019) on 12th April, having first initiated the competition in 1999.

EAMC is designed to raise awareness among student analysts of uncertainty in measurement and the requirement for excellence in analytical skills. The competition is open to teams of two full-time third-level registered students studying laboratory sciences in Irish universities or institutes of technology who have not yet entered the third year of their course. Competitors are selected by their institution based on their practical laboratory skills. Each institution may submit a first team and one reserve team for the National Final. Twenty teams are expected to take part in the competition.

It is timely that the Institute is to host the EAMC, 20 years after the competition was initiated by Institute of Technology Carlow lecturer, Dr Sean Cawley, in 1999. EAMC is promoted by Eurachem Ireland, the Heads of School of Science and Council of Directors of the institutes of technology.

Eurachem is an association of Professional European Analysts with close links to bodies charged with promoting excellence and reliability in analytical measurement worldwide. It is a reference body for international standards from which industry, governments and others seek advice on best practice, laboratory accreditation and legal benchmarking. Based at the State Laboratory, Eurachem Ireland comprises members from state bodies, industry and education, and conducts workshops and seminars for analysts, educators and managers on topics such as validation, measurement uncertainty and traceability.

“The competition provides undergraduate students with an opportunity to demonstrate their scientific skills and technique on a national stage”, commented Dr. John Cleary, Department of Science and Health, Institute of Technology Carlow.

Further information on the competition is available from Dr. John Cleary, Department of Science and Health. Email: john.cleary@itcarlow.ie