Victory for IT Carlow students Over Champion’s League Players 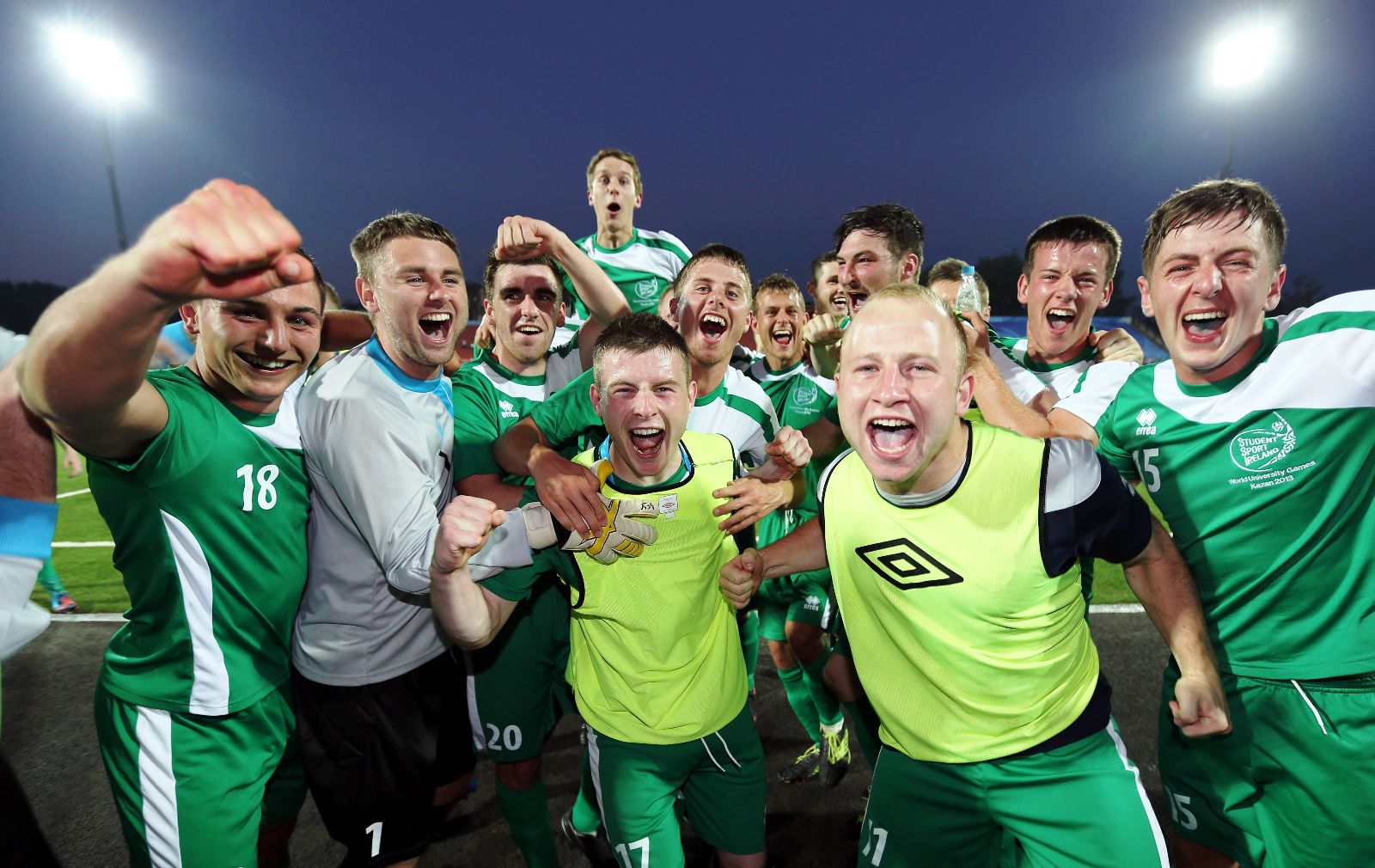 Team Ireland were celebrating last night in Kazan, Russia after beating the host country 2-1 at the World University Games. The Irish squad features 7 students from the IT Carlow Sport and Exercise (Soccer) course. Their opponents had an impressive 17 full time professional players on their squad including star man centre forward Vladimir Dyadun and Rubin Kazan who both play in the Champions League.

Danny Crowley's side were clear underdogs coming into this game but didn't show any signs of that throughout the game with some fantastic football played throughout. They were aided by outstanding defensive play. Ireland got off to a great start when Tom King closed down the Russian centre half and passed for Corey Davidson to tap in from close range after 11 minutes.

However their lead was short lived when a long range effort crashed off Craig Sexton's crossbar and fell kindly to the centre forward, who finished to the net after 15 mins.

There were chances for both teams before the break and early in the second half but Ireland were always composed. After 79 mins Ray Foy was taken down inside the penalty area and Darren Forsyth sent the keeper the wrong way to put his side 2-1 up.

The favoured Russians pushed hard for an equaliser and deep into injury time looked like they had it by Sexton but Jamie Carr somehow managed to scissors kick the ball off the line to safety. The final whistle blew and Ireland celebrated a famous win on Russian soil. Ireland’s next game is against China.