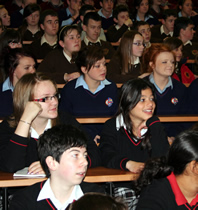 Steve Humble (aka Dr Maths) visited ITCarlow recently as part of ‘Maths Week Ireland 2011’.  He gave an engaging presentation on ‘HIDDEN SECRETS FROM THE WORLD OF DR MATHS’ ...
Read more »

ITC Addresses the Needs of the Elderly 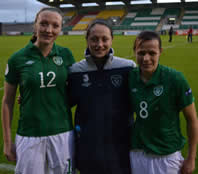 Three IT Carlow students were on the Republic of Ireland Women's team that  beat Israel 2-0 last week;  a victory that pushed them up to second place of the 2013 UEFA Championship qualification ...
Read more »

Catherine Earl's Fresher's Blog No 2 is now online.  Read it on our facebook page »
Read more »

The innovation of two of IT Carlow’s Games Development students has lead to their recognition across the technological world.  Carl Lange, aged 20, from Boyle, Co. Roscommon and Ciarán ...
Read more »