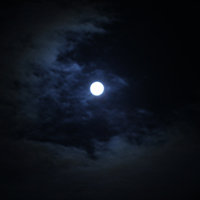 I am interested in work that combines performance with music, technology, and dark humour. My work has elements of performance, photography and drawing, voice and text and is often kinetic and interactive. My work is both political and poetic with an element of the theatrical. What I have become interested in though my practice is how we approach art objectively and what the subjective nature of such enquiries might relate to. My work is not specifically tied to a genre but is postmodern and influenced by contemporary concepts such as; social ecology and the Anthropocene. 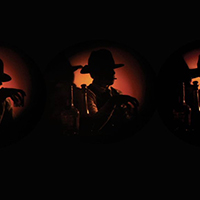 Questioning the stereotypical interpretation of male identity is at the heart of my work. Using the medium of photography, I explore the idealistic figure of the ‘gangster’. In so doing, my intention is to directly challenge the viewer’s expectations, through a performative engagement with the figure of the ‘gangster, revealing his fractured, self-destructive roots. The burden of fulfilling preconceived notions of what it means to be ‘manly’, is represented in the gestures made by the characters in my images. The gangster has all the accoutrements of 'toughness' such as: the sharp suit, fedora, whiskey and cigarette. But these are all ploys to mask insecurity. My body of work aspires to bring this internal conflict to the forefront, challenging the conventions of living a ‘macho’ lifestyle. A lifestyle which is so often romanticised and valued as being the epitome of masculinity in Hollywood mobster films and other media. 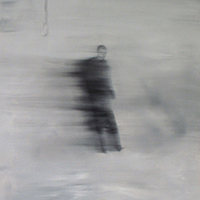 My work is a reflection on poignant moments. It is a combination of figurative and abstract narratives. The subject matter has subtle indications that hold illusions of a delicate subject matter. The intention is that this work remains illusive, evoking personal experiences and memories for the viewer. 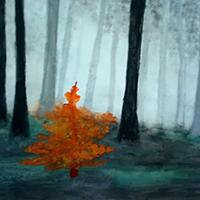 The idealized, almost illusory nature of my landscape paintings are representational of vibrant, fictional places. I draw from found images of 'dream' destinations seen in holiday advertisements from magazines and online. The aim is to create what at first seem to be conventional, often stereotypical landscape paintings, but which, on closer inspection, are infused with the aura of magic realism. This juxtaposition echoes our desires to escape to an 'Otherworld' in a time of social, ecological and political instability. 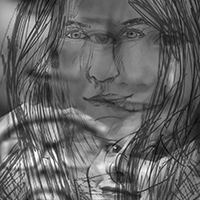 I am interested in portraiture and the autobiographical. I am inspired to create work around the theme of family and it’s extension into different generations. I’m interested in the technological ways we are now forced to keep in touch, how social media platforms and its use of text and photography mediate the experience of being together. I also explore through drawing and its merging with photographic technology. 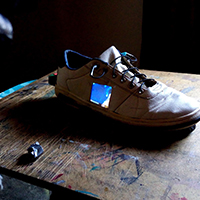 This body of work called ‘TV Dinner’ is composed of a series of interconnected objects, images, paintings and videos, which act like a TV series. Some are polished, others more experimental: ideas of things to come. Conceptually, they are connected through my experience spent in front of the television with my family, whether sharing a roar with my father at a sporting match or a scream when given horror films on VHS by my mother at the age of six, to fighting over the remote on Saturday mornings, deciding which cartoon to watch with my brother and sisters. Television has played a significant role in my life.