Remco graduated from N.C.A.D with a 1st class Honours Degree in Fine art Sculpture 1991 and a commendation in History of Art. He has had six solo exhibitions to date, Reservoir at The Project Arts Centre, 1994 and The Limerick City Gallery, 1994; Undercurrent at Temple Bar galleries 1997; Overflow at The Model Arts Centre, Sligo 1998; Amnesiac Dreams at The Kevin Kavanagh Gallery 2002 and The Atlantic Gallery Clifden 2003.

He exhibits regularly with the R.H.A and at various groups shows around the country such as EVA Limerick, the Ormeau Baths Belfast, VISUAL Carlow, Kilkenny Arts Festival and Eigse, Carlow; and is member of the Nine Stones Artists group based in rural Co Carlow. Examples of his work in both Sculpture and Photography work can be found in numerous public and private collections here and abroad.

As well as being an elected member of the RHA he has received various awards including The Alexandra Wejchert Sculpture Award 1998. the Curtin O Donoghue Photography award at the RHA 2013 and has received a number of Arts Council and County Council Arts Bursaries. 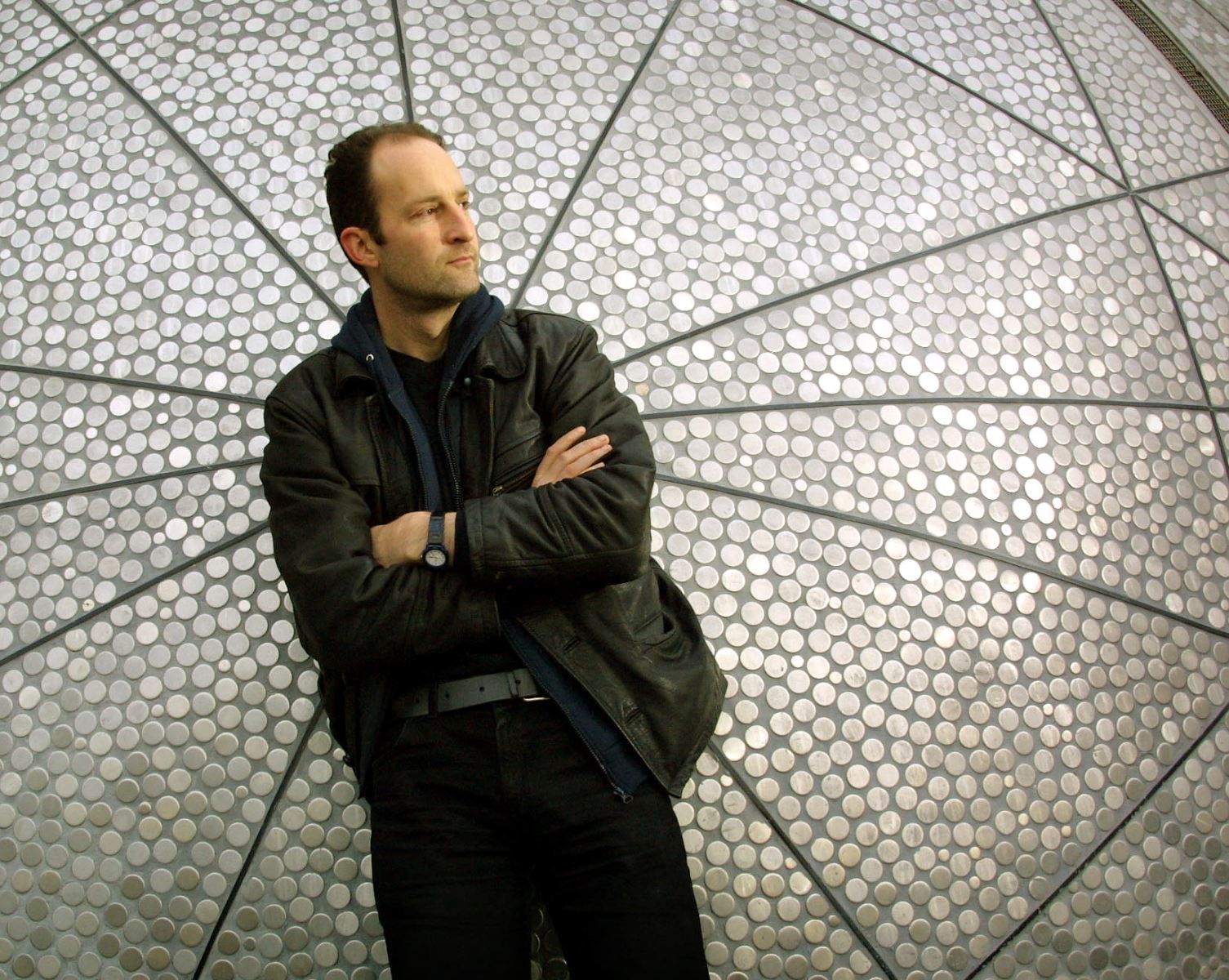 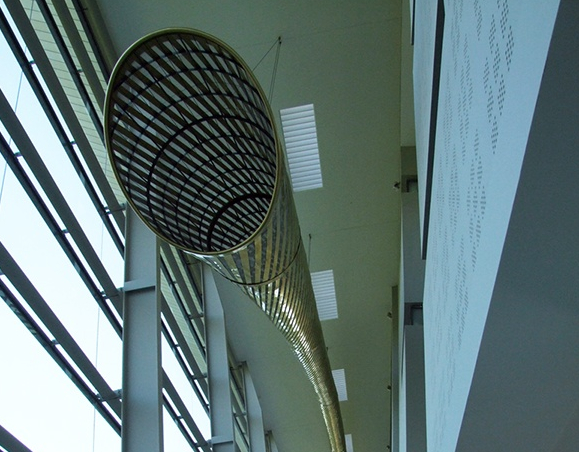 Orla Barry lives and works in Wexford. From 2003 until 2009 she was advising researcher at the Jan van Eyck Acadamie in Maastricht. Orla Barry's work is about language, both written and spoken. Visual deconstruction and displacement of language stands central in her work; via frequently associative techniques, she researches the semantics of her mother tongue and its cultural imbedding and implications. Her work is strongly poetic and lyrical. She works in many forms, including video, text, sound, and photographic installations.   She has recently had large solo shows of her work at the Irish Museum of Modern Art in Dublin, SMAK Ghent, Camden Arts Centre London and W139 Amsterdam. She has also had performances at Tate Modern and The South London Gallery London, STUK Leuven, De Appel, Amsterdam and Project Dublin. She has taken part in Manifesta 2 and in group shows such as Sense and Sensibility in Sao Paulo, Some Parts of this World in Helsinki. She has been awarded the prize of the Palais de Beaux Arts in the ‘Prix de la Jeune Peinture Belge’ in 2003. 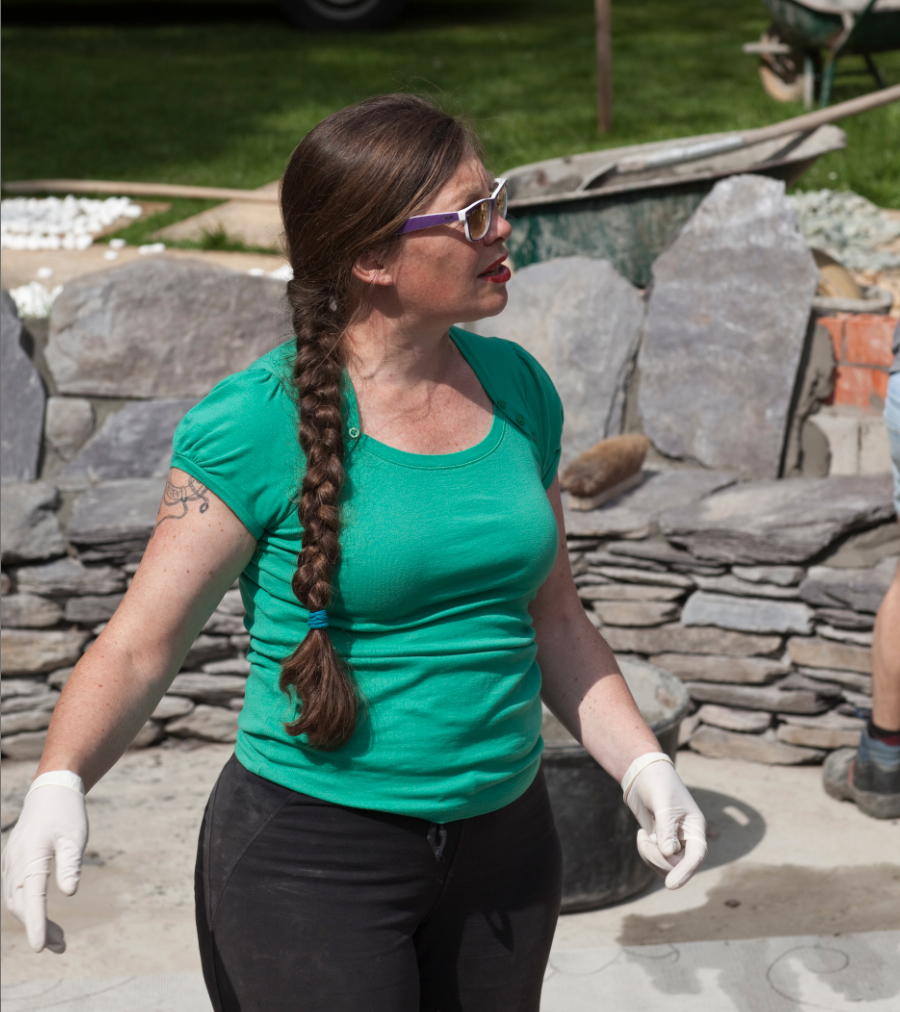 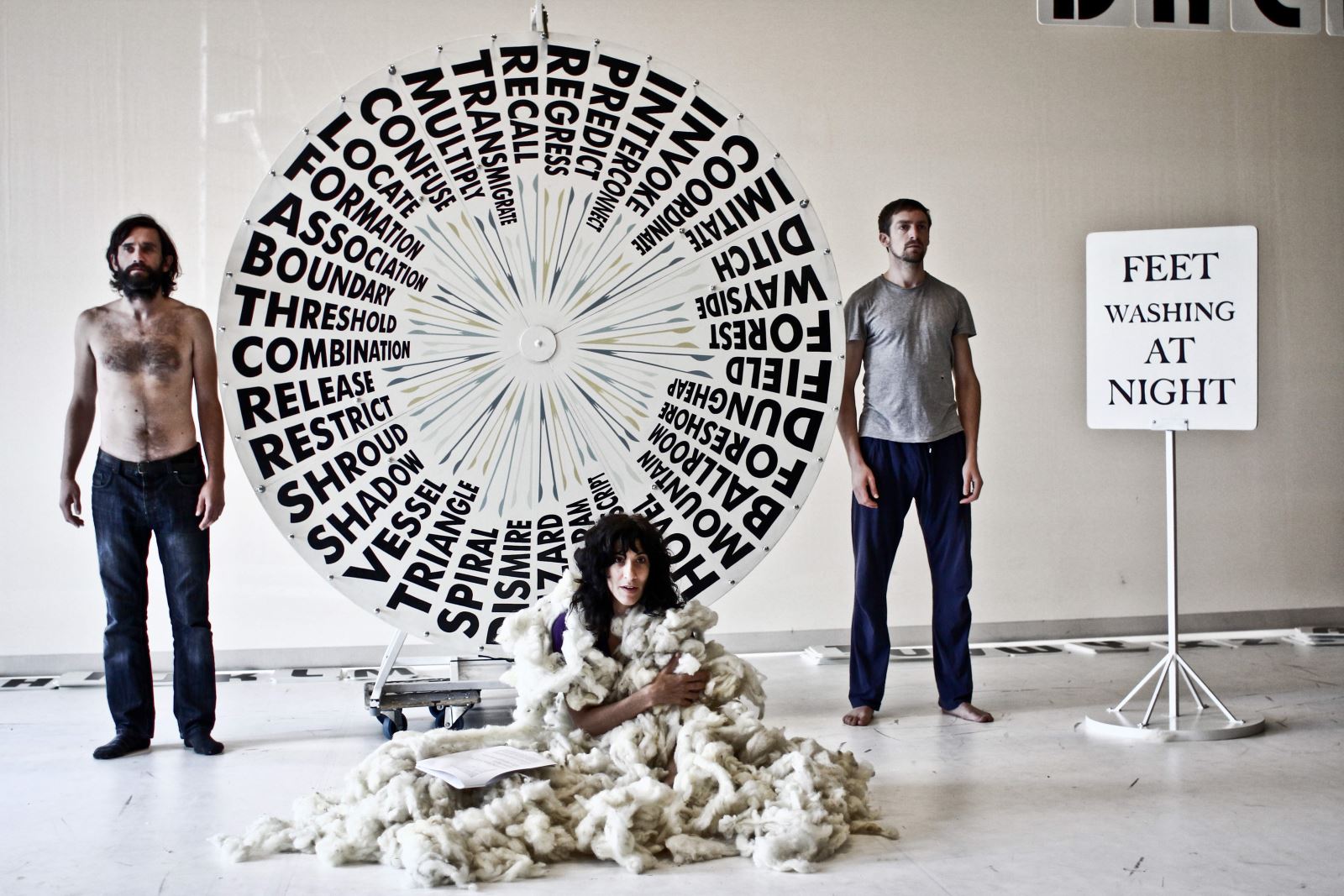 Oliver Comerford’s practice and research has included many solo exhibitions and group exhibitions of national and international standing. A mid-career retrospective of his work was exhibited at the RHA Gallagher Gallery in 2010, accompanied by a major publication with essays by Fintan O’Toole, Declan Long and Patrick T. Murphy.

Oliver Comerford's research is engaged with place, and the changing nature of place, addressing the interface between the local and the global. It acknowledges social and environmental change. It utilizes painting, photography, time-based media including video and sound. It utilizes photography as a documentary tool, as a means to record first-hand observations in 'the field.' His recent research outputs have focused on the representation through painting of remote or distant locations and views from the edge of town.

His work is in numerous public collections such as the Irish Museum of Modern Art, Dublin City Gallery, The Hugh Lane, Office of Public Works and Lewis Glucksman Gallery. 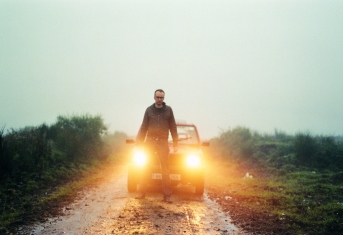 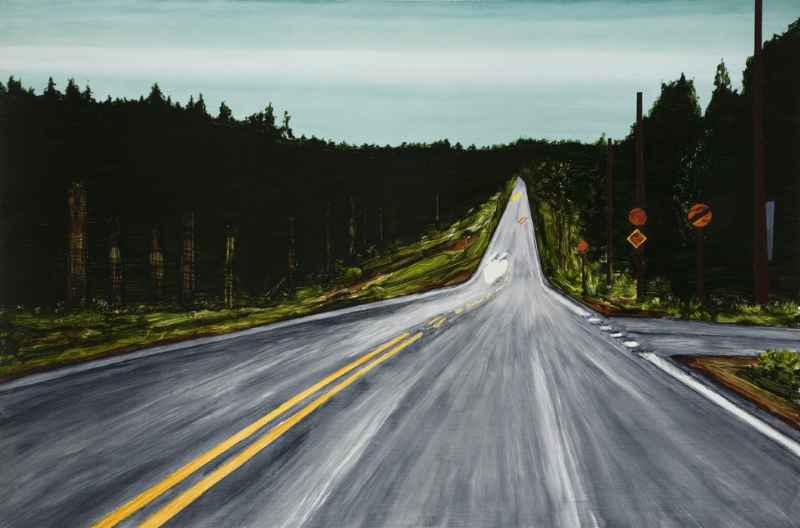 Since graduating from the National College of Art and Design in 1991, Brian Garvey has exhibited widely both nationally and internationally. His work is held in many private and public collections. In 1998 he received an MA research degree in Philosophy and has continued to lecture in this subject and in Design, Cultural Studies and Art History in South East Technological University, Wexford Campus School of Art and Design, the National College of Art and Design and University College Dublin. In more recent years he has concentrated particularly on researching in the fields of Contemporary Philosophy and the Visual Arts. He has a special interest in the representation of technology, the technology of representation, and the binding of these together  as explored through painting, photograph and film.

The Paul Kane Gallery, Dublin, represents him. It was there he held the solo exhibition ‘Freedom and Nature’ in 2007. In 2008 he exhibited in the Eagle Gallery, London. He has also exhibited with the R.H.A annual show and is a regular exhibitor in the Eigse Arts Festival and was ‘Invited artist’ there in 2000. 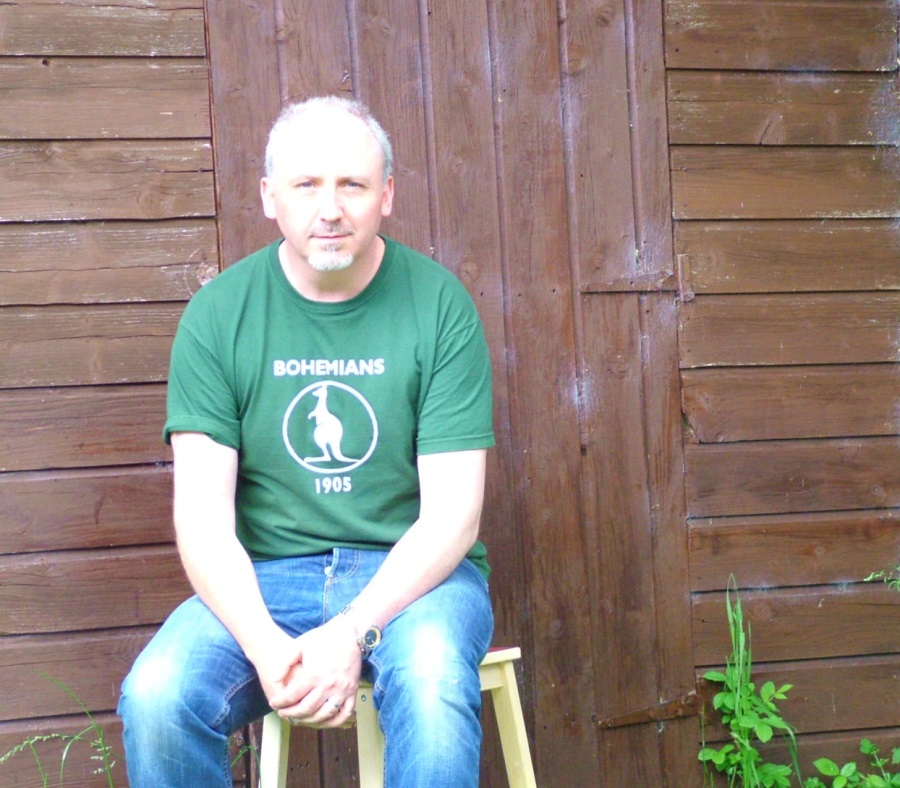 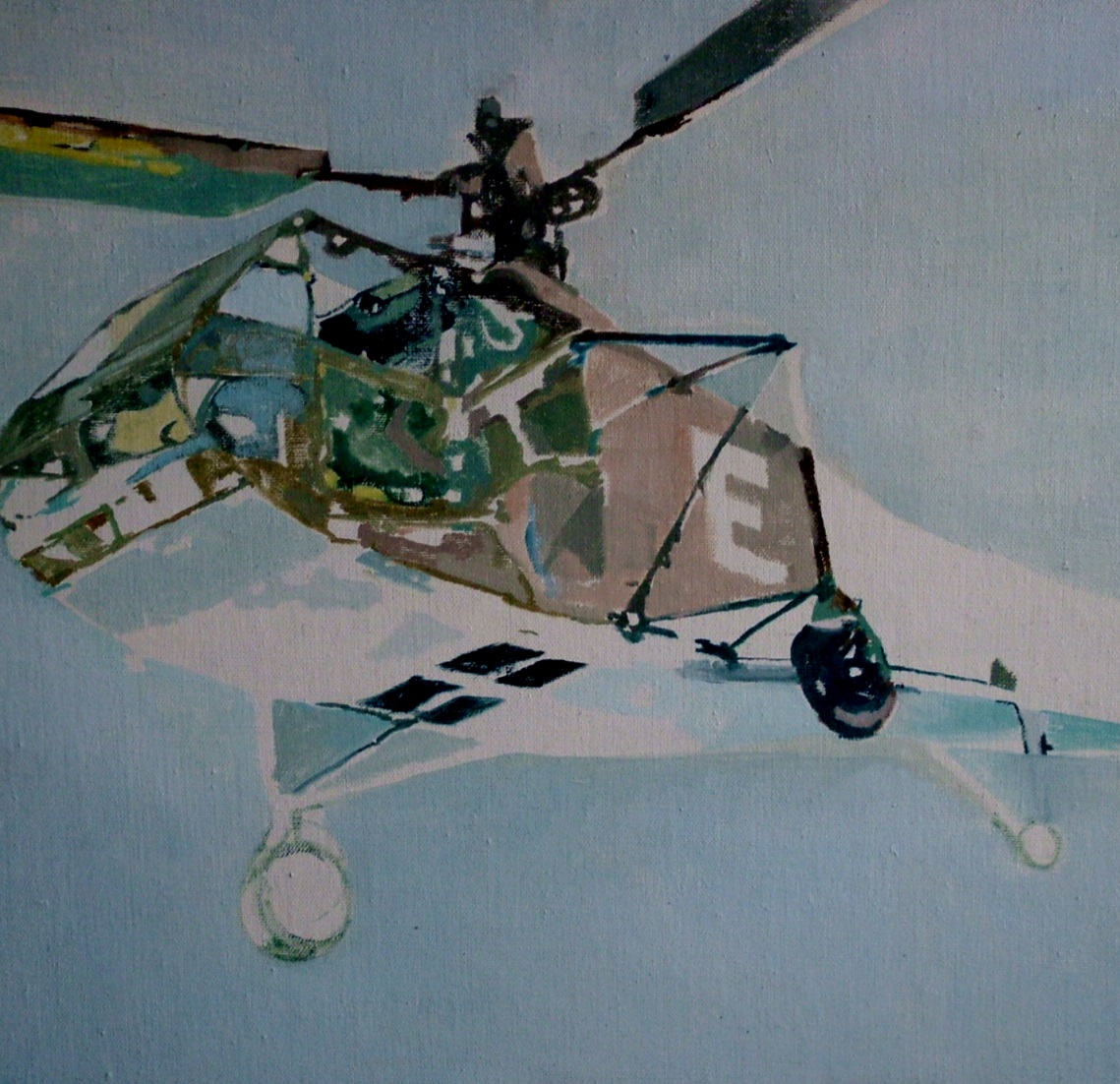 Anthony studied Painting at the National College of Art and Design Dublin, and at The Byam Shaw, Central St Martins, London. With a background in printmaking, his work explores the varying approaches to media: drawing, painting and print.

Recent Solo exhibitions include The White Mark’ at the Cross Gallery Dublin in 2011 and  ‘Accumulation’ at Visual, Carlow as the 059 artist selected by the Carlow Arts Festival Eigse 2012. Group shows include ‘Through the Back Door’ Kunstraum 2010, The RHA annual exhibition 2014 as a guest artist.

Anthony is a member of Blackchurch Print Studio, and a founding member of Independent Studio Artists Ltd. He is currently a member of The Nine Stones Artists group and is based in Co Carlow. 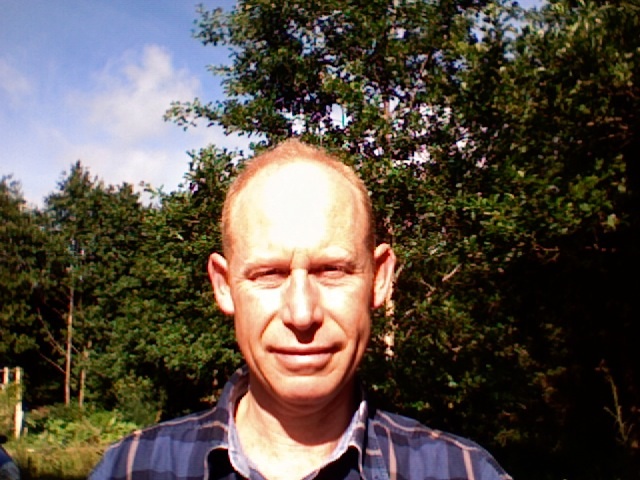 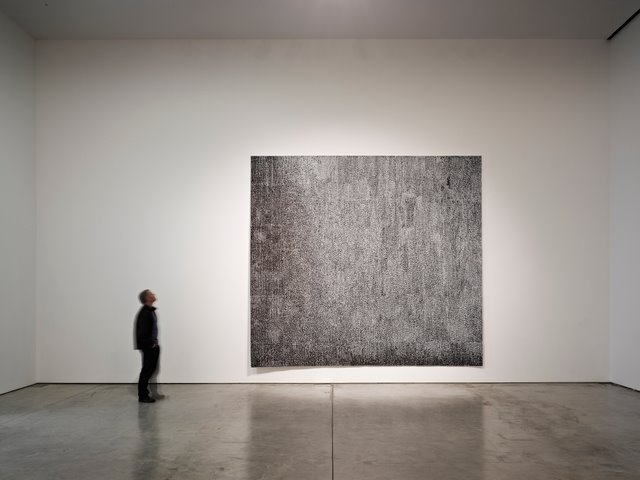 Ciara Healy-Musson is a Writer, Book Artist and Curator. She was the recipient of IMPACT Research Awards from University of Reading (2016 & 2017); a Large Grant Award from Arts Council Wales (2015); a Wales Arts International Critical Writing Award (2011); a Fellowship Award from UCC (2006) and a major OPW Public Art Award at Dublin Zoo (2005). Her book chapter in Climate and culture: multidisciplinary perspectives on a warming world, was recently published by Cambridge University Press.

She has over 15 years experience working in Higher Education. She is also the External Examiner for the MFA in Art & Humanities at DJCAD University of Dundee as well as the BA (Hons) Fine Art at Birmingham City University. She has supervised PhD and Masters by Research Students as well as acting as external examiner for PhD students in Ireland and the UK.

Her research interests involve developing strategies in writing, curating and education for philosophy, poetry, literature, science, agriculture and the visual arts to converge. This is in order to explore new ways of ‘making room’ for other ontologies. Healy-Musson’s creative practice supports new dialogues between disciplines, and facilitates more porous and heterodox ways of re-thinking relationships with the world, especially in a time of climate change. Frequently her work references the work of: David Abram, Jane Bennett, Joseph Beuys, Roger Corless, Geraldine Finn, Felix Guattari, Barbara Hurd and Isabelle Stengers. 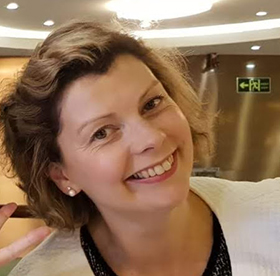 Orla Ryan is an artist/ independent curator/ writer and lecturer. She was born in Dublin and now lives in the Blackstairs Mountains, Co. Carlow, Ireland. She studied at St. Martins School of Art, London (BA Hons); NCAD, Dublin (BA Hons); The Whitney Museum Independent Study Program, New York; Dublin City University (MA and PhD). Her research interests include the conflicting temporalities of modernity; the fragmentary nature of memory and its relationship to photography and film; comparative approaches to the study of film and moving image installations and locating history through auto-ethnographic practices. She has curated a number of artists exhibitions at the Void Gallery in Derry including Candice Breitz; Ursula Biemann; Trinh T. Min-ha; Mairead McClean; Denis McNulty. She has worked collaboratively with Maeve Connolly and Valerie Connor on a curatorial project TV –Project. She currently lectures part-time on the BA Hons in Art and The BA Hons in Visual Communications, SETU Wexford Campus School of Art and Design.

Orla’s dissertation Overlapping Montage: A Comparative Study of Mainstream Film and Moving Image Installation was assisted by a Government of Ireland Research Scholarship in the Humanities. She was also awarded a Fulbright Scholarship  and an Arts Council  Postgraduate award to attend The Whitney Museum of American Art Independent Study program in New York 1996/1997. She was the Co-editor with Maeve Connolly of The Glass Eye (2000) funded by the Arts Council, Furthermore (J M Kaplan and Napier University) . 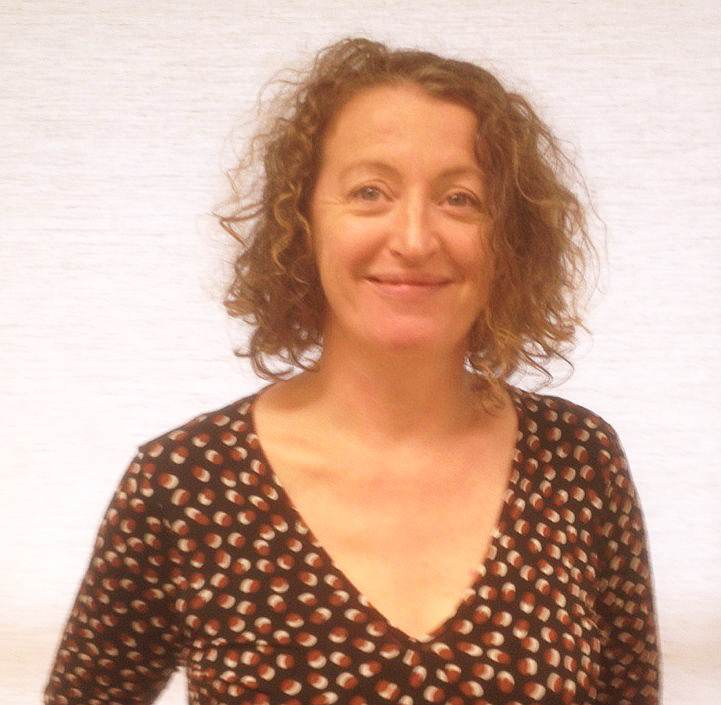 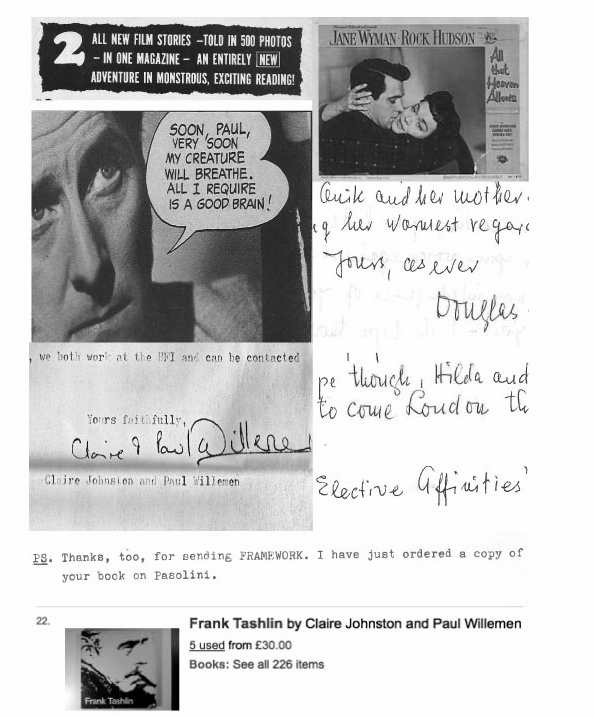 Alanna O Kelly is one of Ireland’s most significant artists and art educators. She has a visual art background. She has achieved critical acclaim and international exposure for her work inc. Irish Museum of Modern Art, Dublin, Museum of Art, Gave, Sweden, Academie des Beaux Arts, Paris, The Centre George Pompidou, Paris, Franklin Furnace, New York, to name but a few. Alanna has represented Ireland in Documenta 8, Kassel, Germany, and the Sao Paolo Biennale, Brazil. Her work has travelled throughout Europe, U.S.A., Canada and China.

Alanna’s work has been analysed and critically reviewed in the major international art journals Third Text, Circa, Contemporania and Art Forum International. Her work has appeared on Irish TV and Radio. Images of her work have been included in and featured on the cover of many major publications, inc. From The Poetic to the Political, Irish Women’s Poetry ed. by Eavan Boland, Irish Journal of Feminist Studies, Irish Art Now, The Fifth Province, Contemporary Art from Ireland, Visualise Carlow amongst others.

Alanna’s work has been the subject of PhD research and there are several BA and MA theses addressing her unique practice.

She is an elected member of Aosdana. Her work has recently been purchased by Quinnipac University, Connecticut, U.S.A. Her work is also included in the recent book "The Atlas of The Great Irish Famine "and is also featured in and on the cover of the recent publication of Art and Architecture of Ireland volume 5: Twentieth Century.

She is presently working with a multi-disciplinary group of artists and took part in the Imagine Festival “14 Waterford. She lives and works in south Wexford. 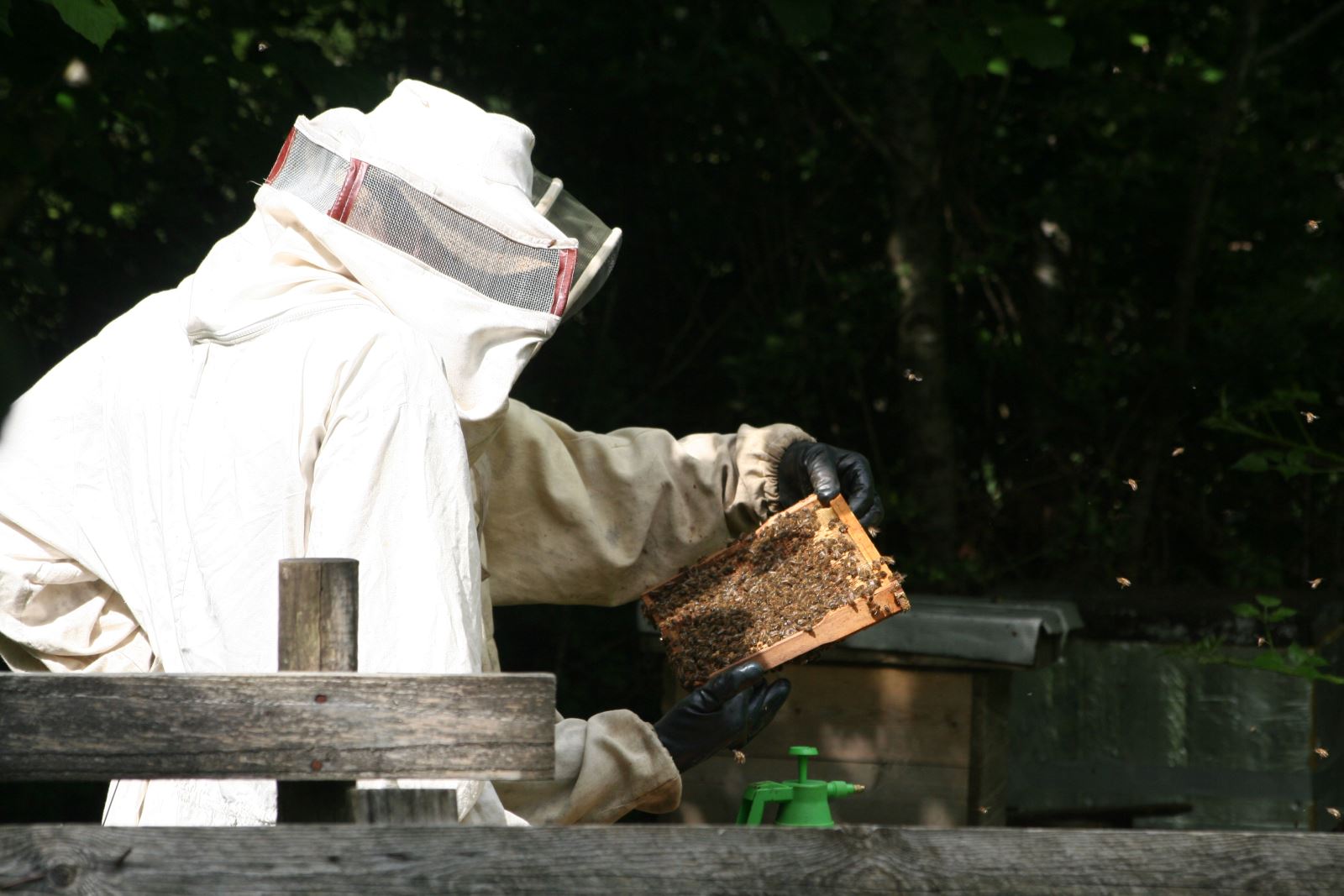 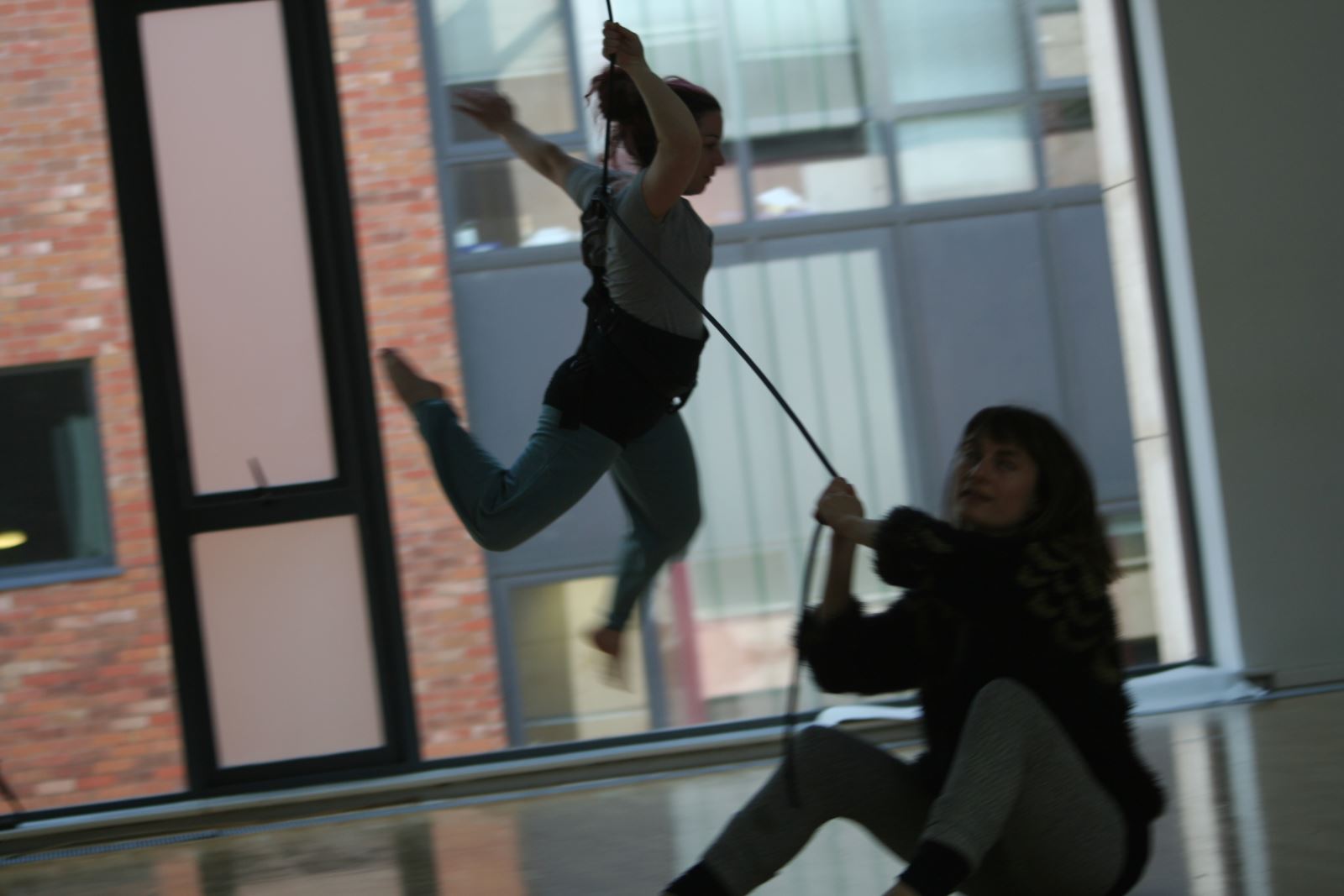 Patrick is the Co-Course Director of the BA Hons in Visual Communications & Design at the Wexford Campus School of Art and Design. He holds a B.Des (Hons) in Industrial Design from the Institute of Technology Carlow, and an MA in Digital Media Technologies from Dublin Institute of Technology, Aungier Street.  Patrick has worked in the design industry for over 10 years, working in such areas as graphic design, print publishing, instructional design and User Interface design.

Patrick lectures in the areas of Digital Media Design, Professional Practice, Creative Studio, Interactive Design and Graphic Design on the Visual Communications and Design and Art courses. In addition, Patrick collaborates on a number of projects with the DesignCore at the Dargan Research Centre of SETU Carlow. 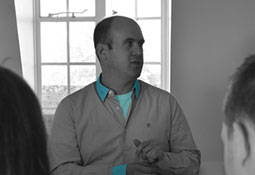 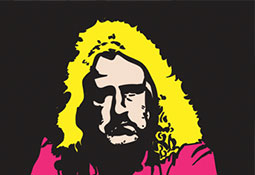 Owen lectures in the area of Media Arts, Media systems and eBusiness on the Visual Communications and Art courses. His expertise lies in web systems, technological art and smart environments.

His research interests include sociolinguistic systems for the internet. 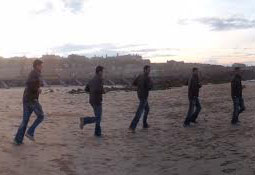 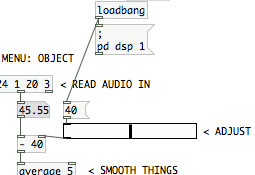 David is the Co-Course Director of the BA Hons in Visual Communications & Design at the Wexford Campus School of Art and Design.

David graduated from LSAD with first class honours in Graphic Design in 2001. David completed an MA in Interactive Media design in the IDC at University of Limerick, in 2003. David has worked in the design industry since 2001 working in many fields from print to animation, e-learning to photography and web design / development.

Outside of the studio David’s main interest lies in the field of photography, the use of analogue and medium format film camera, coupled with alternative printing processes. 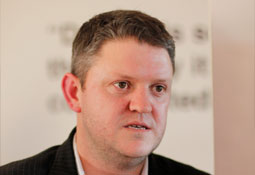 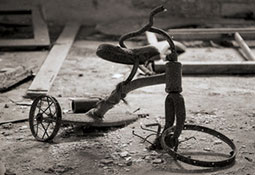